Can couples recover from affairs?

Absolutely! But they may need your help...

We developed the Trust Revival Method, based on our break-through research & clinical experience, for guiding couples through the trauma of betrayal and infidelity — to ultimately help rebuild and nurture trust in the relationship.

In this video, we will step you through the different phases of the Trust Revival Method: Atonement, Attunement and Attachment. The Science of Trust and Betrayal with John Gottman, Ph.D. (Digital Seminar)

Toward the Couples’ Treatment of Infidelity: A Gottman Method Therapy (DVD Video - 1-2 hours)

The Man's Guide to Women: Scientifically Proven Secrets from the "Love Lab" About What Women Really Want (Book - Hard Cover) 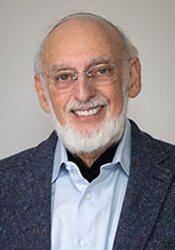 John Gottman, Ph.D., is Professor Emeritus of Psychology at the University of Washington, where he established “The Love Lab” and conducted much of his award-winning research on couple interaction and treatment. Dr. Gottman has studied marriage, couples, and parent relationships for nearly four decades. He has authored or co-authored over 200 published articles and more than 40 books, including: The Seven Principles for Making Marriage Work, The Relationship Cure, Raising an Emotionally Intelligent Child: The Heart of Parenting, and The Man’s Guide to Women.

Dr. Gottman, together with his wife Dr. Julie Schwartz Gottman, is the co-founder of The Gottman Institute, which provides clinical training, workshops, services, and educational materials for mental health professionals, couples, and families. He is also the co-founder and Executive Director of the Relationship Research Institute which has created treatments for couples transitioning to parenthood and couples suffering from minor domestic violence.

Financial: Dr. John Gottman is the Co-Founder of The Gottman Institute and has an employment relationship with the University of Washington. Dr. Gottman receives royalties as a published author. He receives a speaking honorarium, book royalties, and recording royalties from PESI, Inc. He has no relevant financial relationships with ineligible organizations.